When a natural or manmade disaster strikes, countries in Latin America, Europe and Israel use eVigilo’s multichannel system to warn citizens.

When Lior Shalev, CEO of eVigilo, arrived at his office in Netanya on Tuesday last week, he checked into the back office of his company’s emergency mass-notification system to ensure that it was working smoothly in Chile. A few hours earlier, a major earthquake of magnitude 7.1 had struck the South American country and rocked the capital of Santiago.

eVigilo (evigilo is Latin for “be alert”) makes a geo-targeted system that enables officials to send out mass alerts simultaneously to computers, mobile phones, radio, sirens, social networks and television within seconds – even if all regular networks are busy.

For Chileans, a warning system like this is crucial for saving lives in the event of earthquakes, tsunamis and volcanic eruptions.

Shalev tells how in 2010, Chile suffered a massive earthquake of magnitude 8.8 and a tsunami aftershock that claimed the lives of 560 people. Four years later, a magnitude 8.3 earthquake hit the Chilean shore but this time, thanks to eVigilo’s system, the death toll was just five people.

“Everyone got a warning but you can’t force people to leave,” Shalev says of the five fatalities.

The eVigilo system proved itself in Chile again in 2015, when the Calbuco volcano erupted twice after being dormant for 42 years.

Working with Chile’s emergency authority, ONEMI, eVigilo sent alerts to warn citizens and tourists to evacuate. The Chilean government said the early evacuation facilitated the work of the emergency forces in saving lives and reduced exposure to ash and gas released during these eruptions.

When the South American country was again hit with an earthquake on April 25 this year, the Chilean government was prepared and no major damage was recorded.

Chile, Israel and the world 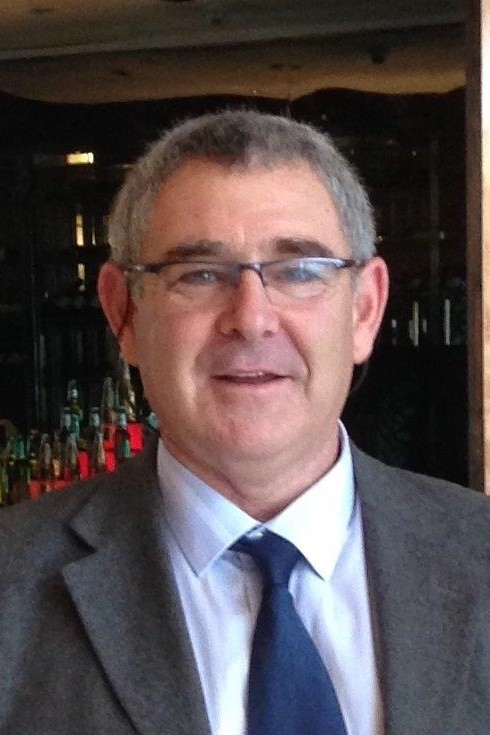 In addition to its Chile field experience, eVigilo has worked with the Israel Defense Forces from its inception in 2008. This means the technology has gone through the most rigorous tests possible under extreme conditions.

Shalev, a colonel in the reserves with more than 25 years of military experience in various command positions in field units, is acutely aware of the need for an emergency mass-notification system.

“There are many threats around the world. It could be terror, natural disasters; it could be accidents or a mixture of them,” he says.

The eVigilo broadcast system is the only cell broadcast system worldwide that warns millions of people in less than 20 seconds in case of earthquakes, tsunamis and other imminent threats sensed by people, satellite imagery, seismograph readings or other types of sensors that communicate with the system.

“The system is very accurate, even within 50 meters of where someone is located. We alert only the people who need to be alerted, not those outside the affected area,” Shalev says. The system is bi-directional, meaning people can text back to ask for help or let others know they’re safe. 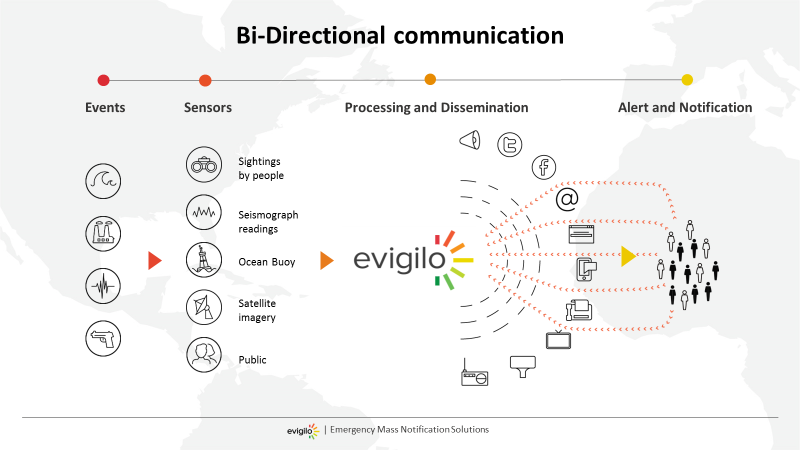 eVigilo’s technology also collects its own data to calculate the anticipated levels of destruction and sends out immediate geo-targeted alerts to international emergency response teams.

Both Israel and Chile rely on eVigilo for their national alert systems.

“We’re the only company in the world that I know of with two projects with two governments. We are field proven in both countries,” says Shalev.

eViglio recently applied for a tender in New Zealand, another country susceptible to earthquakes. And its management is in talks with officials in five Latin American countries and two European countries, which Shalev says he cannot name. eViglio is part of a consortium working together on Smart Cities in Europe.

“The common language is about saving lives,” sums up Shalev.

eVigilo, an Israeli company that develops population warning systems to many countries around the world, announced another achievement in its Chilean deployment, where millions of people in Chile’s coast-line have received Tsunami warnings and evacuated successfully from their homes.

We feel immense satisfaction to have contributed saving the lives of millions of people.

Thanks to eVigilo SMART Broadcast, Chile’s emergency authority ONEMI has managed to send geo-targeted alerts and evacuation notices to millions of people within seconds.

Chile’s president Michelle Bachelet has said in official statement: “The messages were sent on time”.

Following the 2010 earthquake that took the lives of more than 560 people, ONEMI has decided to deploy eVigilo SMART Broadcast, a fact that helped to reduce the death toll in the 2014 earthquake to 5.

The main objective of eVigilo SMART Broadcast is to deliver geo-targeted cell broadcast messages within seconds to millions of people.

Ricardo Toro, head of Chile’s emergency authority has said: “This project allows the people to receive a message in a timely manner when they are in an affected area.”

eVigilo SMART Broadcast is the only cell broadcast system worldwide that warns millions of people in less than 20 seconds, thus notifies the population in case of earthquakes, Tsunamis and other imminent threats in timely manner.

eVigilo CEO Guy Weiss concluded: “ We feel immense satisfaction to have contributed saving the lives of millions of people”.

eVigilo SMART (Scalable Messaging Application in Real-Time) is a modularized multi-channel alert and notification platform for alerting the population and closed groups across fix & mobile networks, TV, radio, sirens and Internet. Given its modularized architecture, SMART can be tailored according to the requirements of the specific customer. Customers can select different setups and functionalities subject to communication channel availability and sizing. SMART is available on various levels such as SMART for Governments, SMART for Municipalities and SMART for Enterprises.

eVigilo is a pioneer in the field of multi-channel alert and notification systems. eVigilo’s population alert systems have been deployed worldwide delivering messages through a wide range of channels on national and regional scale. eVigilo is the only vendor worldwide whose national population alert solutions have been deployed by multiple countries around the globe. eVigilo is selected vendor of many governments, homeland security and rescue forces, municipalities, industry and public utilities.